Following on from my previous posts about using HomeKit with LIFX and creating HomeKit LED Strips I wanted to see if I could add some more bulbs into the mix. I wanted RGB bulbs so I could colour match with the LED strip I made so I looked at the LIFX Color 1000. It looks like a fantastic bulb and the only problem I have with it really is the price — at £60 on Amazon.

Having built the Homebridge plugin for Magic Home WiFi devices I looked for some other devices running on same protocol. I found a fair few but the SuperLegends Wi-Fi smart bulb looked to be decent and was only 20 quid so I thought I'd give it a go.

The bulb came nicely packaged and actually instructs you to download a different app — SuperLegend SuperHome which totally sounds like somewhere a DC character would live. It's just a rebranded version of Magic Home Wi-Fi but it's an older version (1.0.1 as opposed to 1.1.0) so some features may be missing. Curiously though the SuperHome app is shown at the correct resolution on an iPhone 6 whereas Magic Home is not. 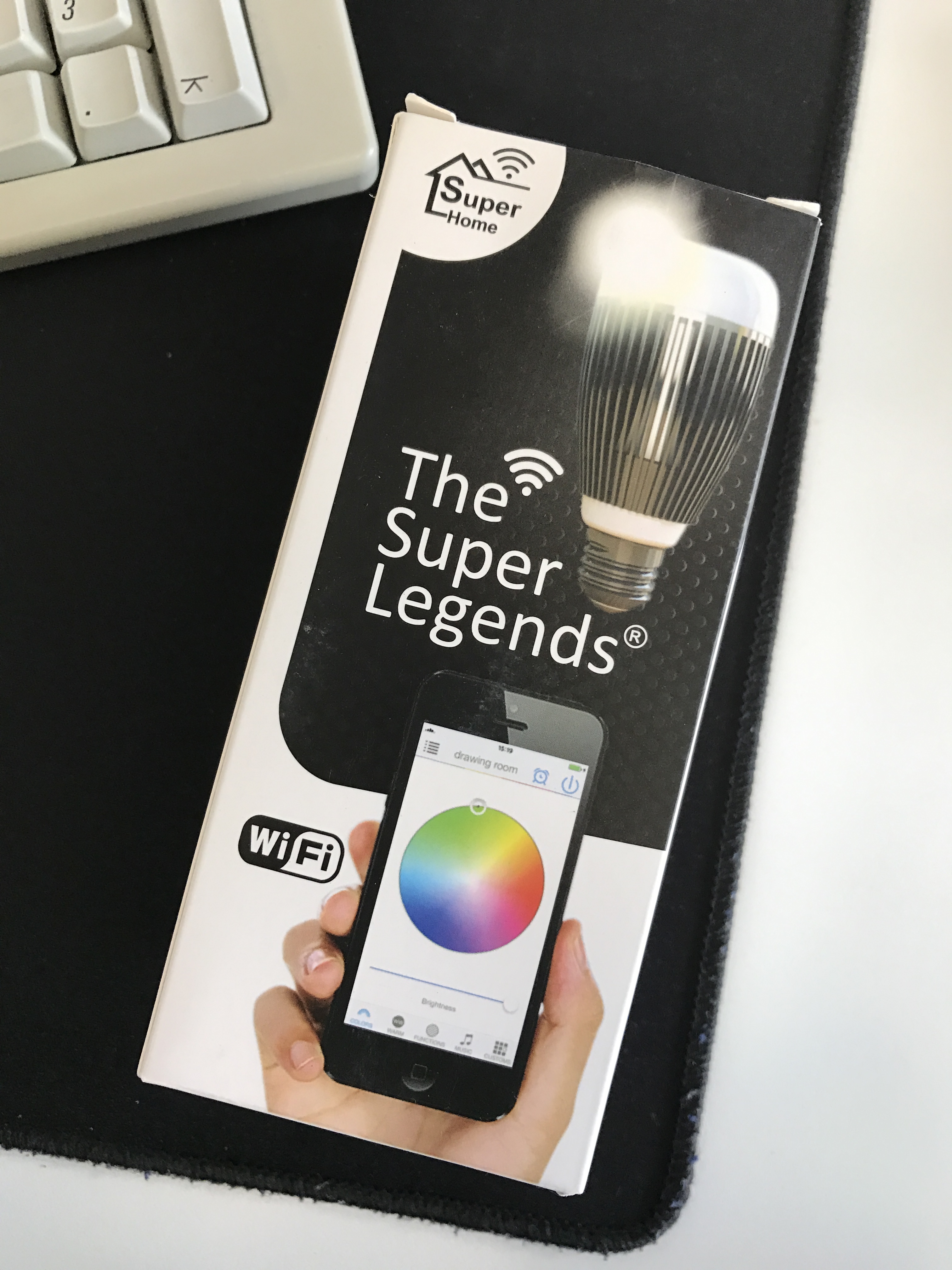 Inside the box is a bulb that looks absolutely nothing like the one on the box. There's also an Edison Screw to B22 Bayonet adaptor included which was a nice surprise as the bulb only comes in the screw configuration. 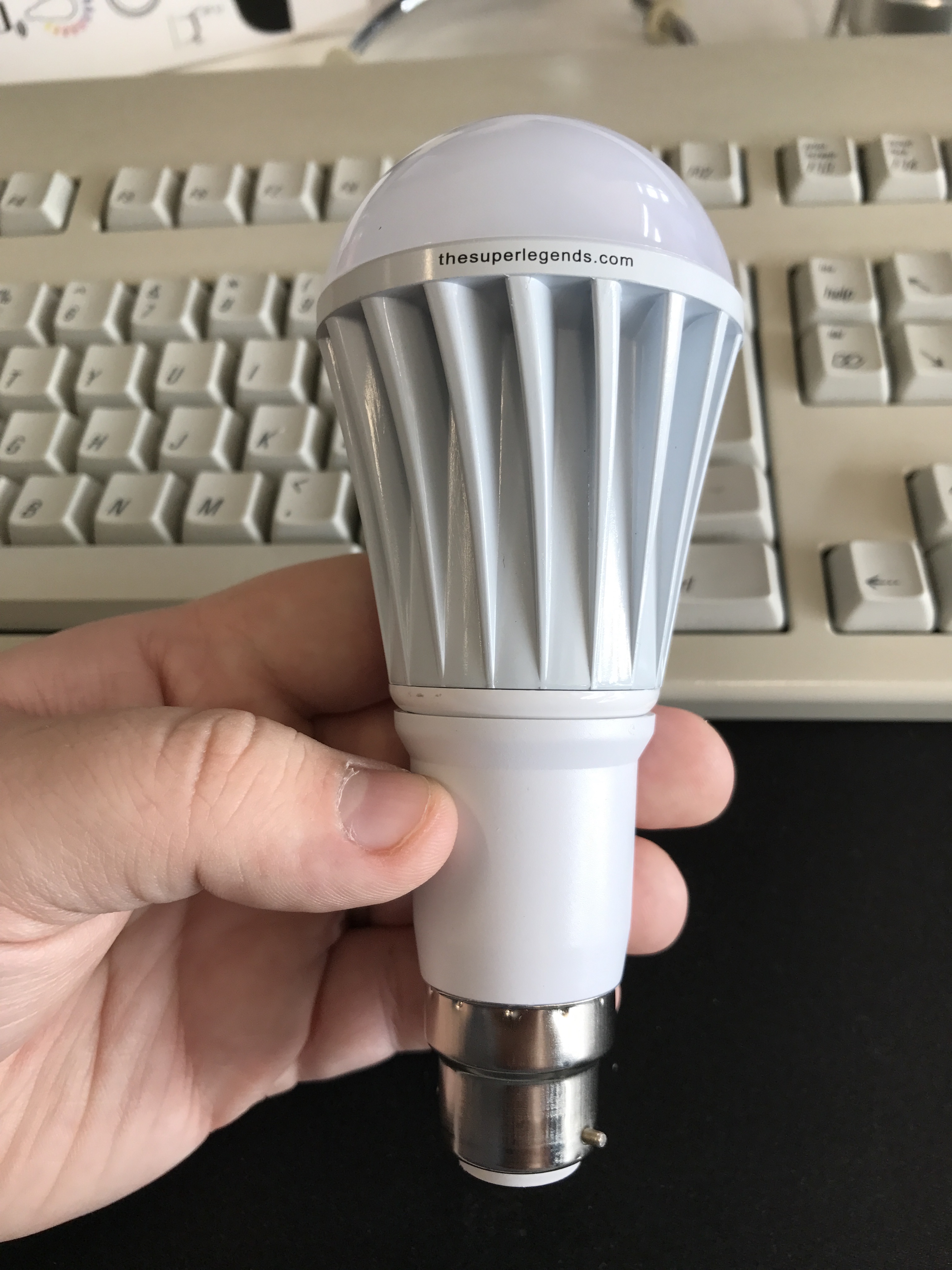 The problem with that adaptor is it transforms the bulb from a traditional sized bulb to something ridiculously tall. It did prove to be a slight problem with the lamp I wanted to put it in but in my floor lamp and ceiling fittings it was absolutely fine.

With a few tweaks to my plugin and adaption of my lampshade I managed to get the light working perfectly with HomeKit. 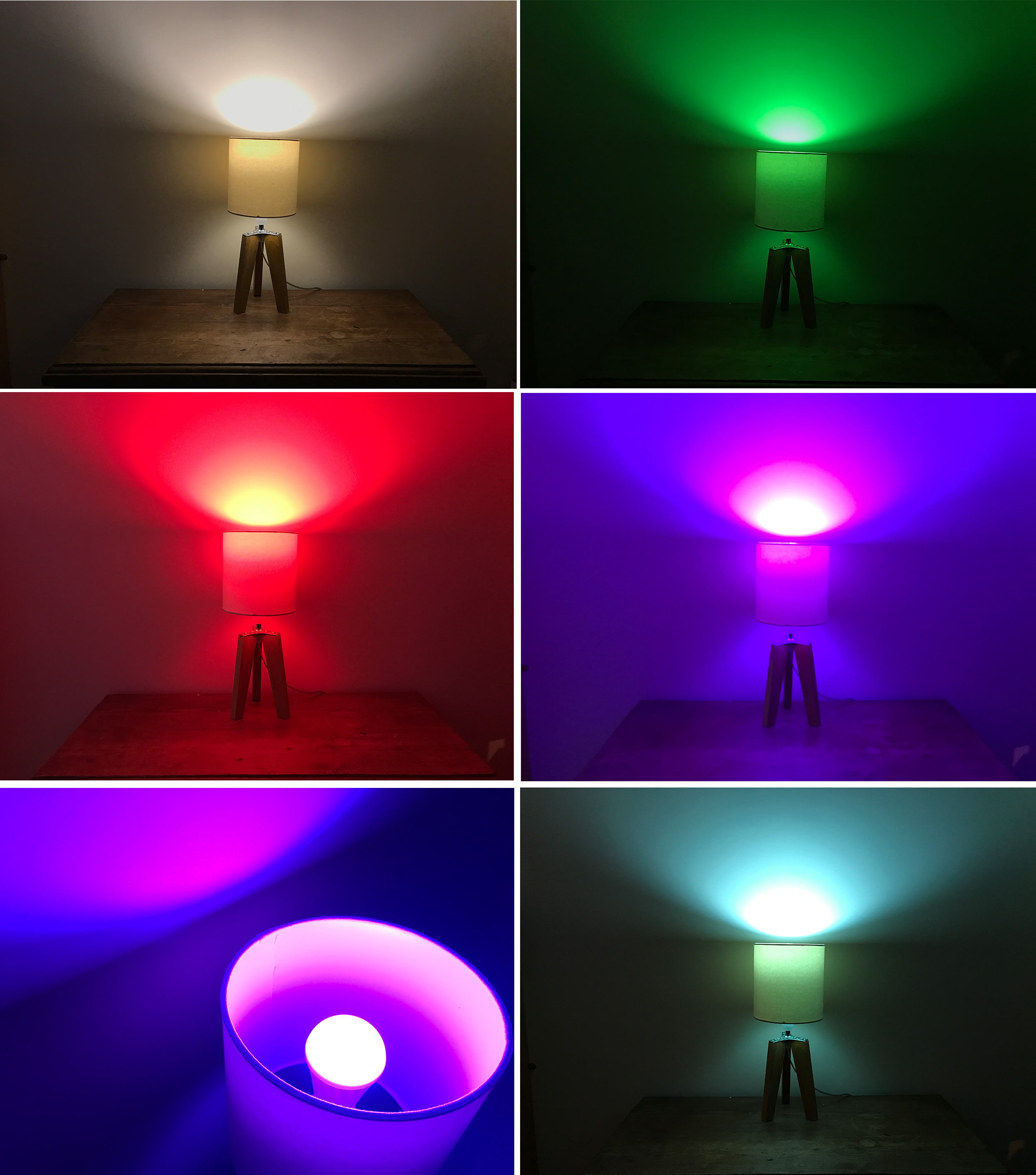 Any devices created by Zengge and running on the Magic Home Wi-Fi (or other apps by the same developer such as LED Magic Color) app should work with my plugin. I've found the following compatible devices:

Ticked devices have been confirmed to work with the plugin either by me or another lovely person.

Please let me know if you find any other compatible devices.

So far all of the lights I've tried have been Wi-Fi based but there is another system which follows a similar approach to Philips Hue called Mi-Light that I'd like to try. It uses a central base hub that connects to your router and then the bulbs use RF to communicate with the hub.

The Mi-Light hub is about £15 (view on Amazon) and there's a Homebridge plugin to go with it. 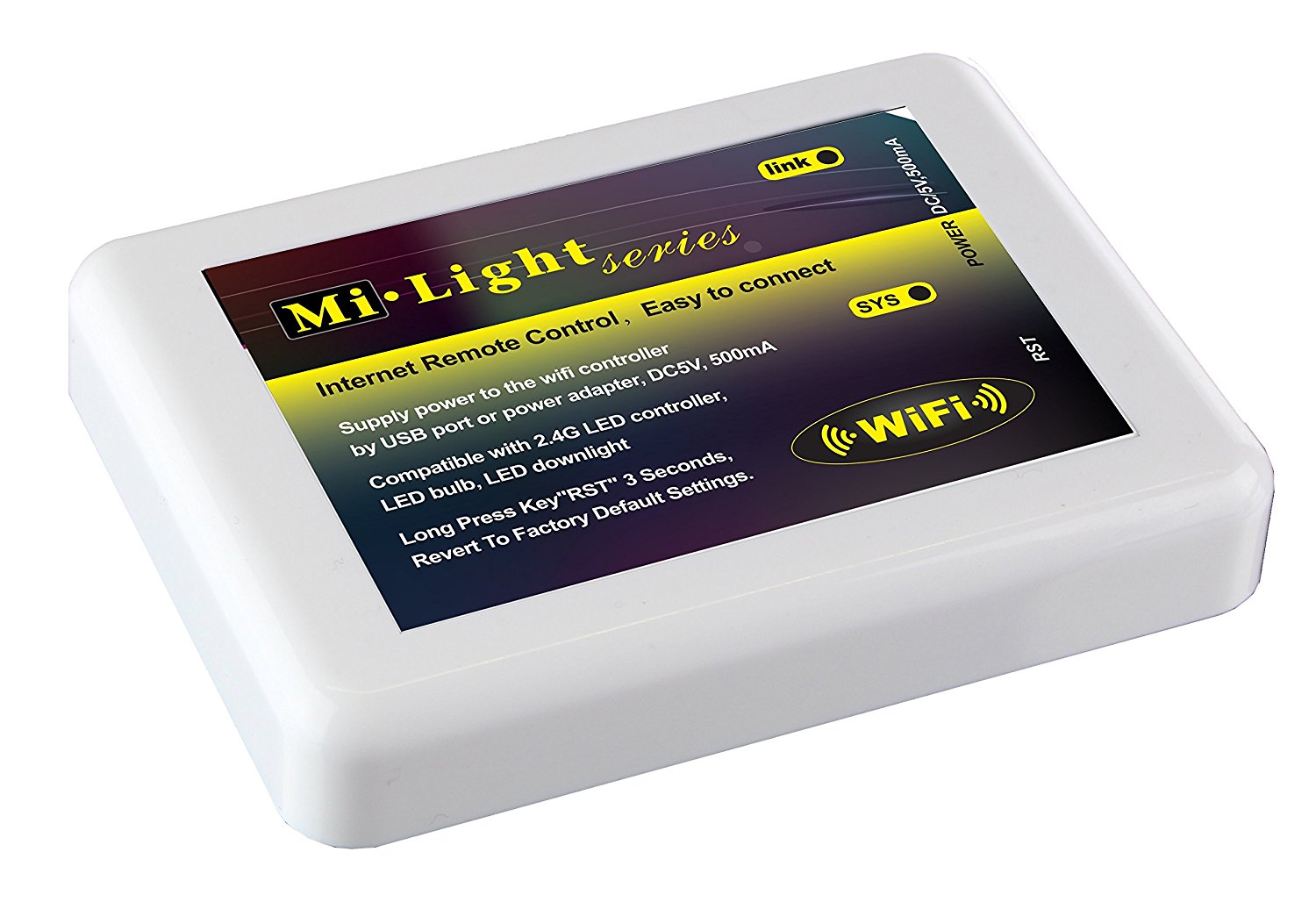 The hub then connects to extremely cheap bulbs at about £11 each for RGBW. There are Bayonet, Edison and GU10 bulbs as well as LED strip controllers so it looks to be a really nice little system.

Due to the extremely low cost of the set (£50 for 4 bulbs and a hub) and the ability to configure it to work with Homebridge, it's a very appealing offering and I'll likely be checking it out soon.