So by now I'm pretty sure anyone who hasn't been living under a rock the last few weeks is aware Apple released a ridiculously priced portfolio book of their products since 1998 and Jobs' return to Apple. The book is pitched as telling a story of Apple design over the last 20 years and is priced at $299 or $399 depending on the size of the book (what happened to one size fits all 'eh?).

As much as I love Apple products it's not unlikely you'll spit your coffee out when you hear how much they're trying to charge for some dead trees. Sure a lot of work went into the book and the photography looks utterly stunning but at that price it seems more of a status symbol; comparable to the original Apple Watch Edition. Something only the elite or Apple superfans would justify as a purchase.

One thing I thought was slightly disappointing considering Apple's unprecedented access to the designers, engineers and prototypes of the products document was the complete lack of any interviews or photos of unreleased products. For something that was meant to be a "design story" it was a little strange not to see any of the iterations of iPhones or Macs that came prior to the final design

If you do want to see all of the images in the book before deciding whether you'd like to drop $300 then check out this video by DetroitBorg.

While there was no way in hell I was gonna buy Apple's book it did lead to me learning about Iconic. A few people mentioned it to me on Twitter and Siracusa even mentioned it on ATP. The book is written/photographed by Jonathan Zufi who has spent years collecting and photographing Apple products — initially for Shrine of Apple and later for this book.

Iconic really is a labour a love, featuring over 650 high-quality photos of hundreds of Apple products spanning across desktops, portables, peripherals, packaging and prototypes. Unlike the Apple portfolio book the book also features quotes and insights from people like Steve Wozniak, Ken Segall, and M.G. Siegler. Iconic also focuses on the entire history of Apple and not just the last 20 years; looking at products ranging from the Apple II to the the LISA, Mac, iPod, iPhone and beyond.

Iconic comes in several flavours: Classic, Classic Plus, Ultimate, and Special. I have the Classic Plus edition which comes with a rather nice outer sleeve. 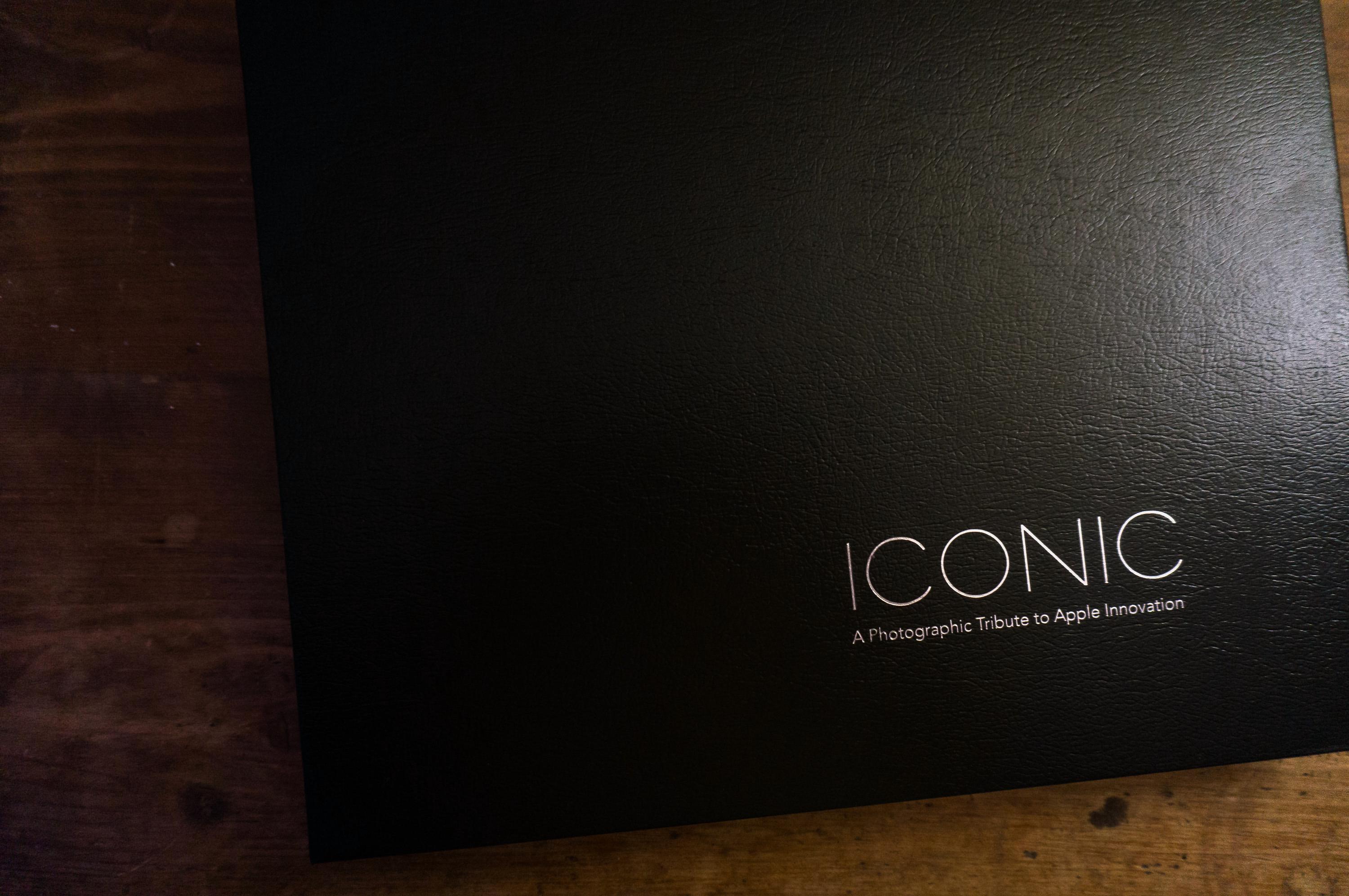 Inside the sleeve is the standard Classic edition, complete with dust cover. It's really well made and it's evident a lot of work went into selecting the right paper stock for the book. 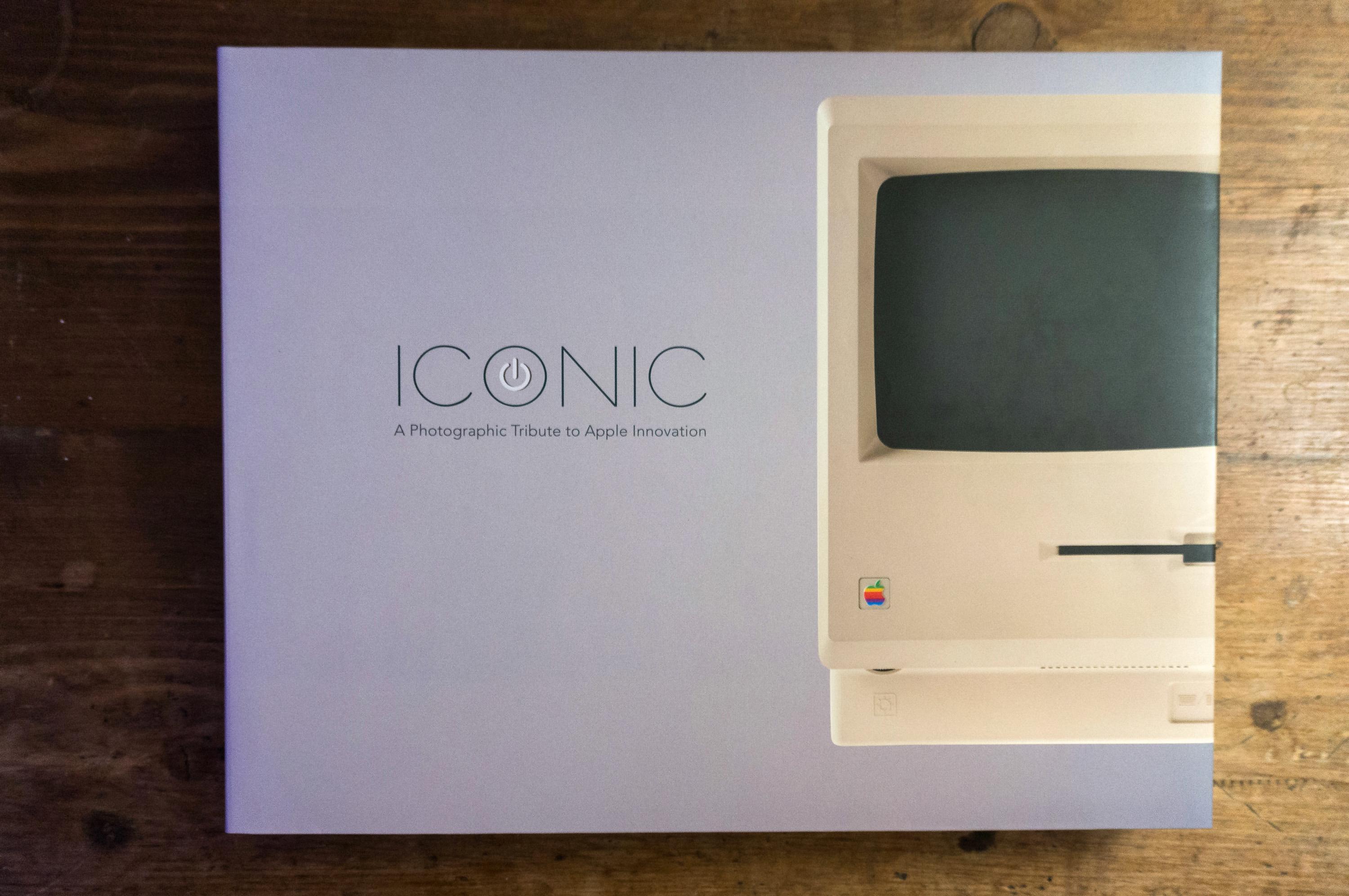 I took a good 20-30 minutes just flicking through the book and seeing how Apple design progressed through the years. I found myself getting nostalgic about things like the iPod Shuffle — the first Apple product I ever owned. About the G4 iMac and how wonderful that design was. I can remember going into PC World with my dad when I was 9 or 10 and being mesmerised by how fluid that hinge was and how they managed to fit an entire computer in there! My only interaction with computers at that point had been through an Olivetti PC tower rocking Windows 98 (which was awesome by the way) and seeing that white design with this strange, aqua UI started my obsession with the company.

And it truly was obsession for a long time too. I can remember sitting up in my bedroom watching these Apple keynotes, lusting over products that would be out of my reach for many years. That didn't matter though, it felt exciting and seeing these clean, white or metal designs announced with such fanfare was enthralling. While that has changed somewhat now I'm in my 20s I do still have a strong connection with Apple products and use them more than anything else daily.

Getting my first Mac (a G4 Mac Mini running Tiger) was an absolute personal milestone. I paid my dad back with my paper round money for that for about a year but damn was it worth it. Talking of that paper round, I don't think I could have bared that without my iPod Shuffle or 3rd gen iPod. 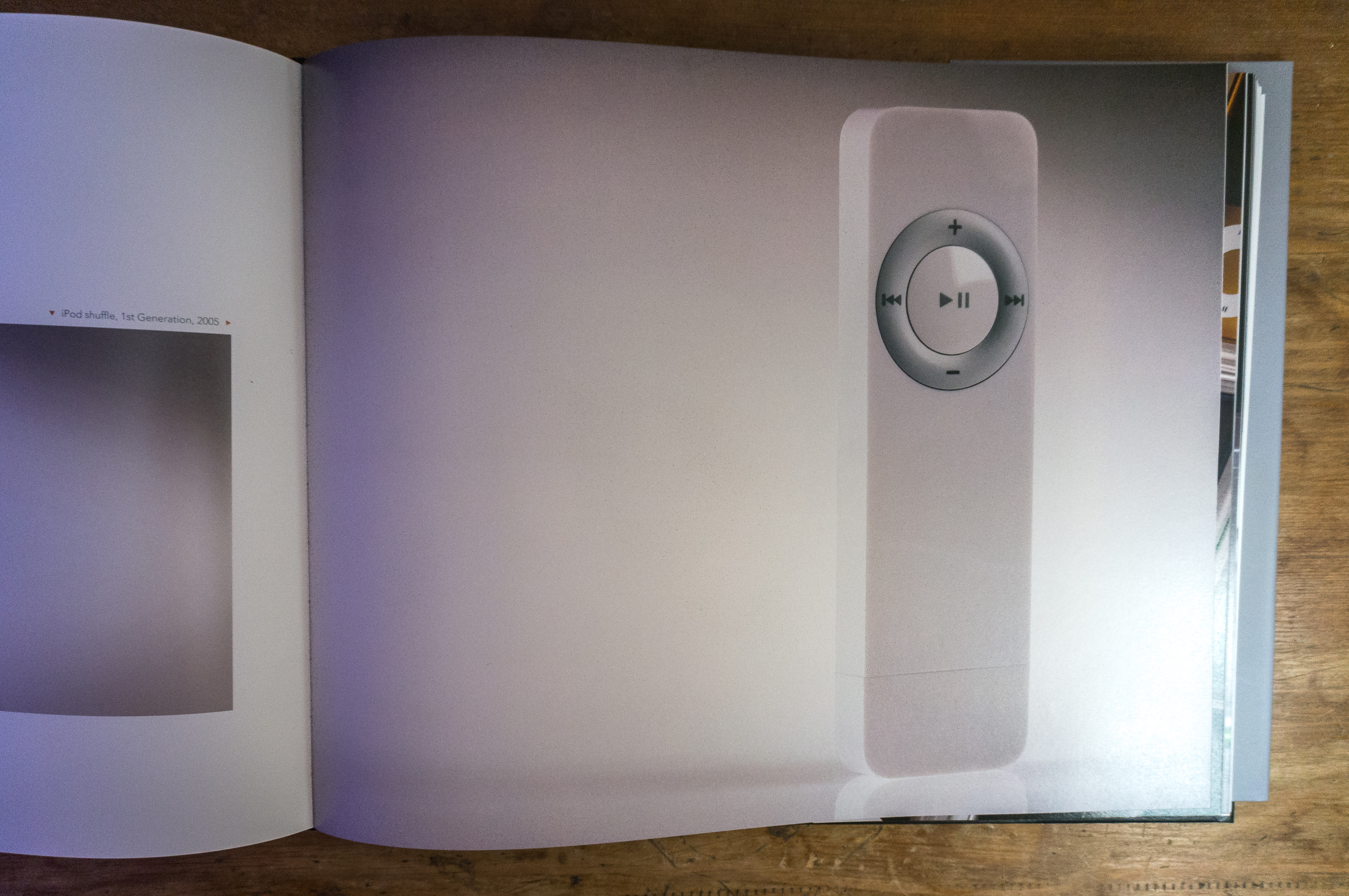 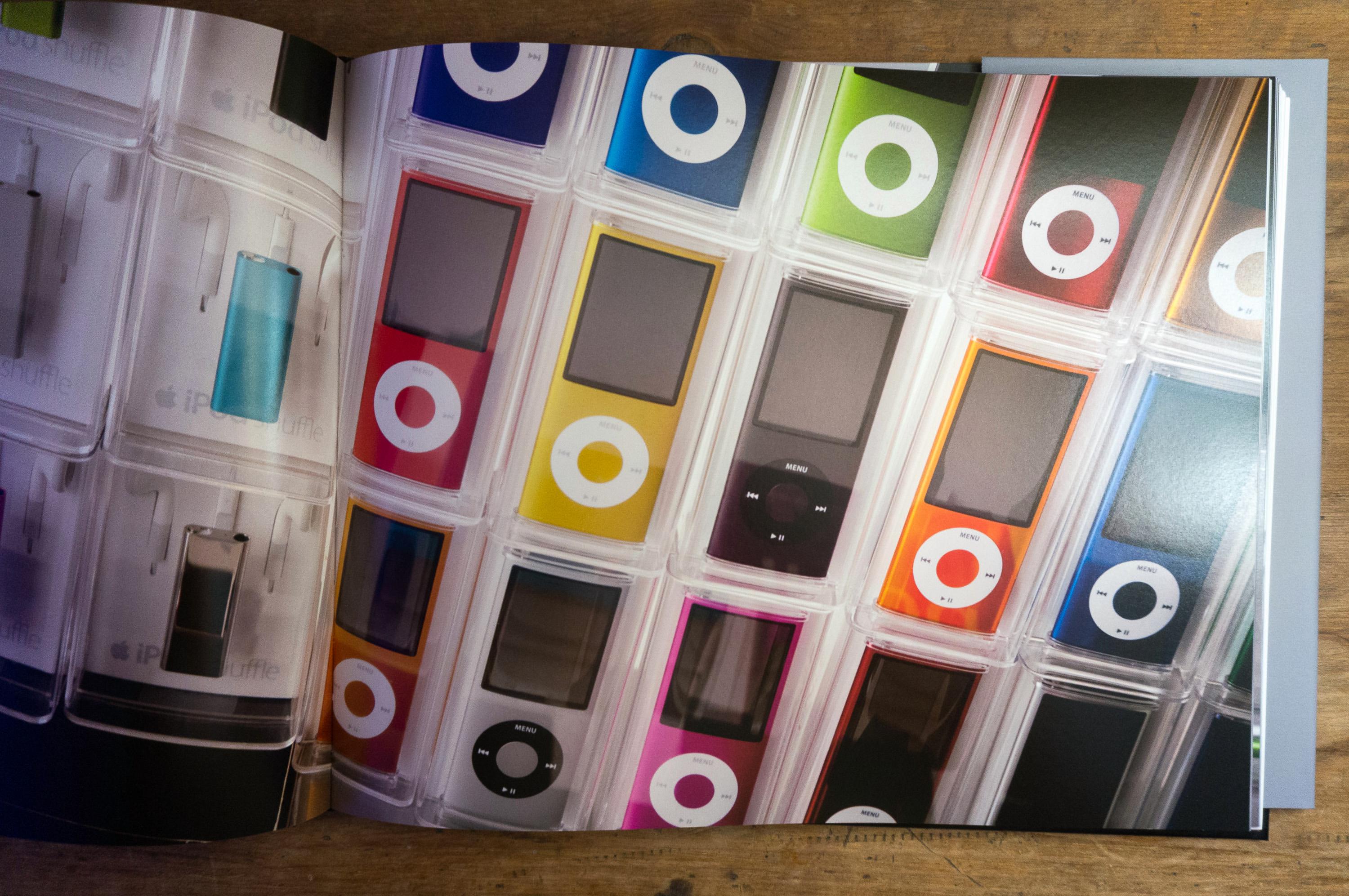 It's a strange feeling that I didn't think I'd get looking at photos of technology but considering this book exists I'd imagine it's a feeling many get. All of the products I mentioned are featured in Iconic along with most of Apple's "famous" products over the years. I think my favourite section of the book is the Prototypes though. It's something you rarely get to see unless something escapes the Apple campus and somehow Jonathan managed to track down a good number of them.

Things like the original Mac prototype or a weird Mac Mini prototype with an iPod Nano dock built right in are here.

It was also great to see some of the earlier designs that I had no idea existed. I absolutely adore this Fisher Price inspired laptop. 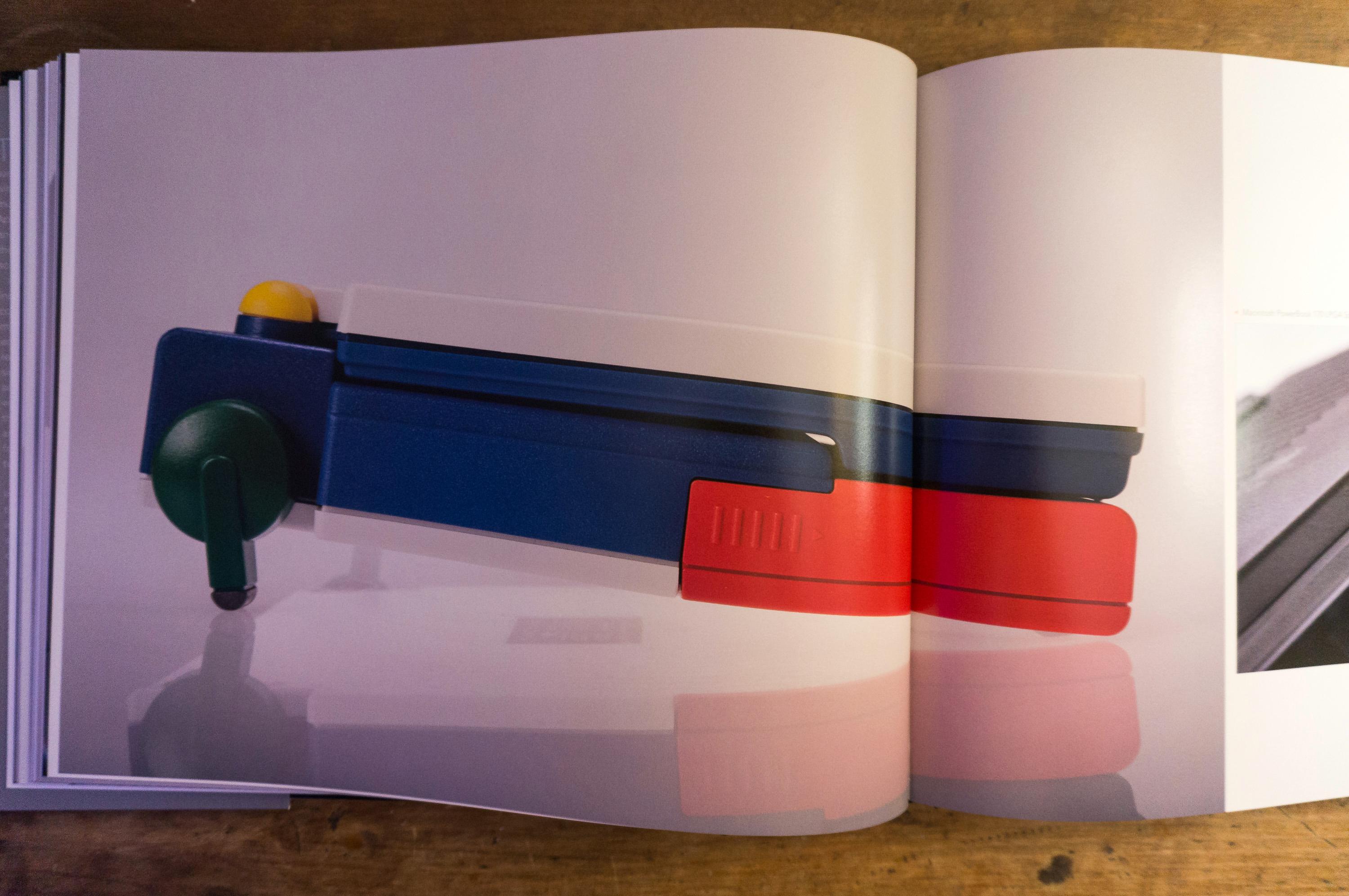 And the number of drives Apple made for the Apple II is unbelievable. I guess that really was their bread and butter for a long time.

Oh and seeing that puck mouse again brings back nightmares. That Mighty Mouse wasn't short of issues either with the nipple getting clogged up and the squeezy buttons being way too sensitive. 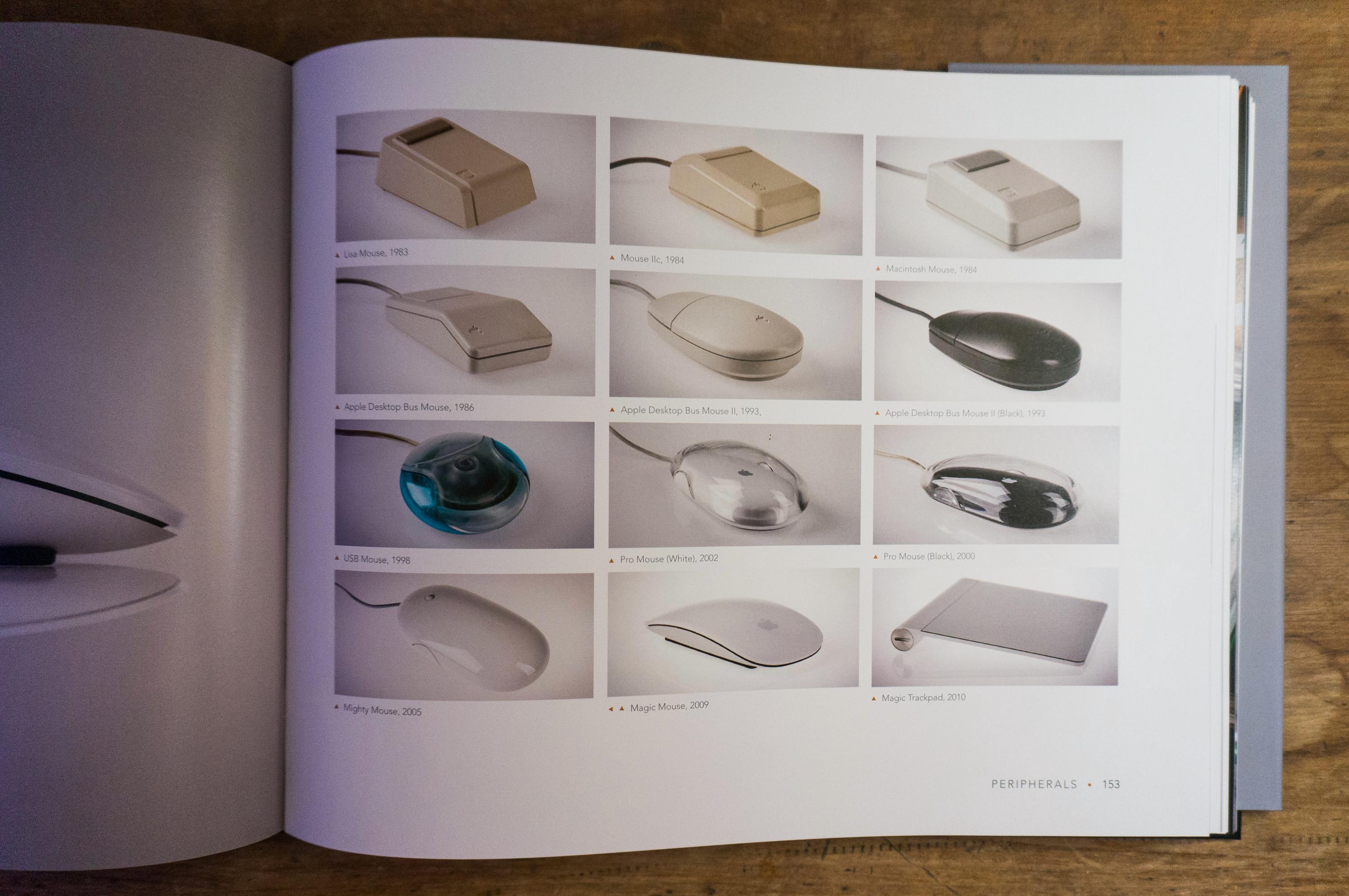 As you can probably tell by now I'm a fan of this book. While the photos in it may not be as clean or as perfectly isolated as Apple's I feel that adds to the charm. Add to that the foreword by Woz, the access to the prototypes, and the fact that it focuses on the entire company's history and not just the last 20 years and it really does feel like a much more rounded book.

Iconic is clearly a passion project for Jonathan Zufi. It's hard to comprehend how many computers, iPods, iPhones, and peripherals he must have in his collection but it's great the he's been able to share it first through Shrine of Apple and now through Iconic.

Bottom line, Iconic is a great book and for £40 on Amazon it's a great gift for any Apple fan this Christmas and sure to be on many coffee tables.

The Classic Plus, Ultimate, and Special editions are available exclusively on Iconic's Website

Full disclosure, Jonathan was kind enough to send me a copy of his book but didn't ask for anything, including a review in return. I just wanted to share my thoughts on Iconic.