When YouTube Red launched in the US in 2015 I was extremely jealous. The promise of ad-free YouTube was one I'd dreamed of. Unsurprising considering I probably watch 2-3+ hours of YouTube a day (don't @ me).

Though YouTube obviously thought of Red as much more than just a way to remove ads. They've invested heavily into their Originals starring creators Pewdiepie and Logan Paul (🙄) and also tacked on Google's answer to Spotify — Play Music.

Fast-forward to 2018 and YouTube Red has undergone a rebrand taking on the "YouTube Premium" moniker and Google Play Music slowly transforming into YouTube Music. When it launched in the UK I instantly subscribed (to their generous 3 month trial) at £11.99 a month. While I haven't checked out Originals I did dive into YouTube Music, but is it a legitimate Spotify or Apple Music alternative?

First impressions are great on both iOS and the web. YouTube Music sports a handsome, dark interface that feels familiar and easy to use. Heavy use of space and YouTube's beautiful YT Sans font make it feel less cluttered that Spotify or Apple Music, even if a little information density is lost in the process.

Curiously, Google decided to continue their trend of only creating web apps and a desktop app featuring media controls is completely missing. I know Spotify is just a web app running on Chromium but it feels like YouTube's strategy here is wrong. Users are used to media players being separate apps and not just a tab in their browser. Media key support is an essential for me and makes it a more natural, native feeling experience.

Scratching Below the Surface

A pretty UI isn't everything though. If it's just masking a crap player and streaming experience then it's it's all just a façade. Thankfully that isn't the case here and for the most part YouTube Music is a great alternative to Spotify or Apple Music.

The library is pretty extensive and the majority of artists I listen to were available though I did struggle to find some smaller musicians such as The Midnight (though some tracks do now seem to be available). I think most bases are covered though and presumably the library will only grow over time. Curiously, the track Go Go by Alphabeat is the same incorrect track on both YouTube Music and Spotify so it seems that music is coming from the same place for both services. 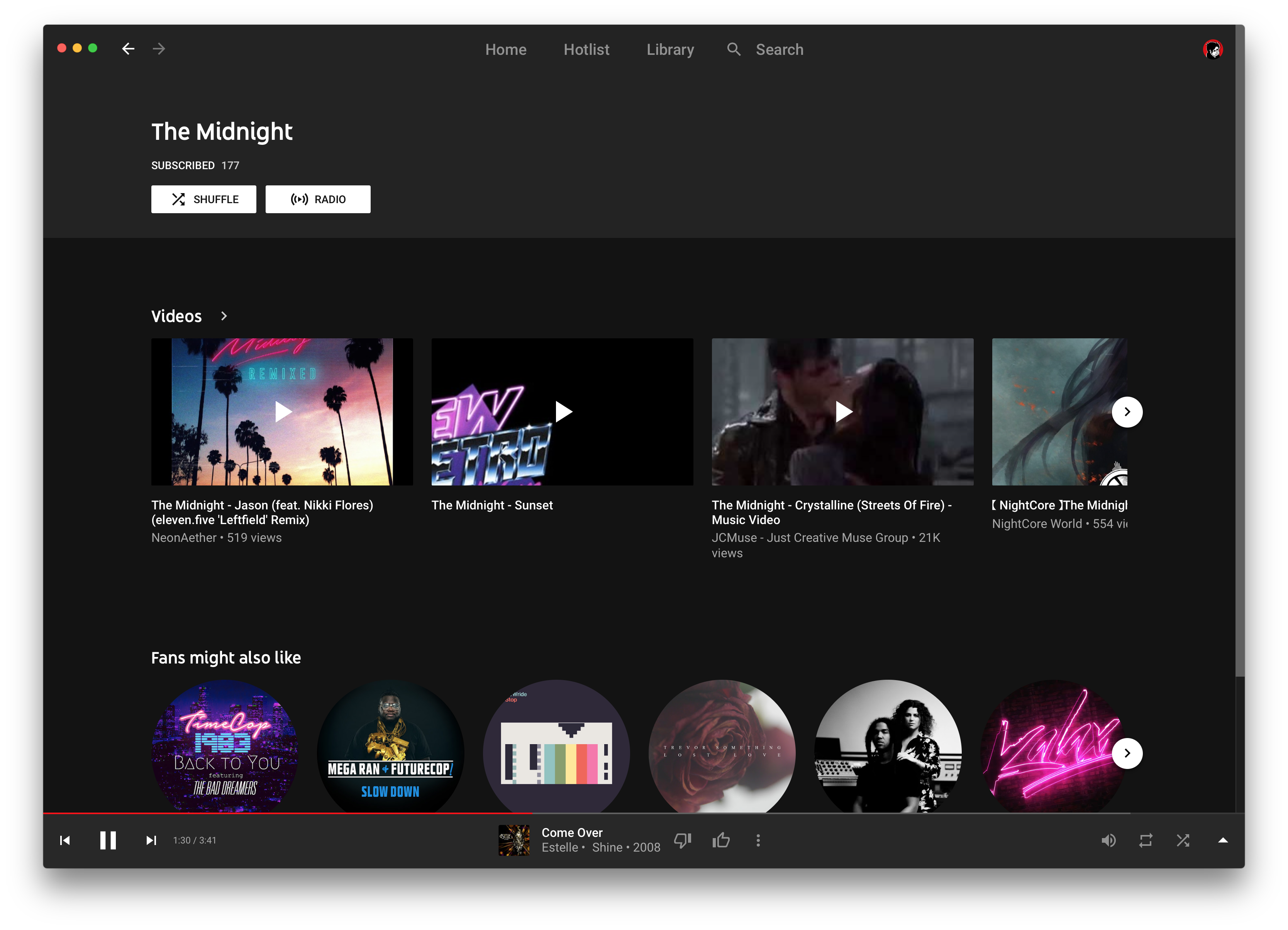 As the core powering YouTube Music is well… YouTube you do actually get some videos for missing artists. I actually think this could be YouTube Music's "special sauce". They've got the biggest library of music videos, live performances, and bootlegs of any streaming service. What's great is that these can be treated either as videos or just played as audio. You can chuck these into a playlist, add them to a queue and you wouldn't be able to distinguish it from a standard audio track. I have a whole playlist of Dead & Company live performances that I can now stream in the background on my phone. 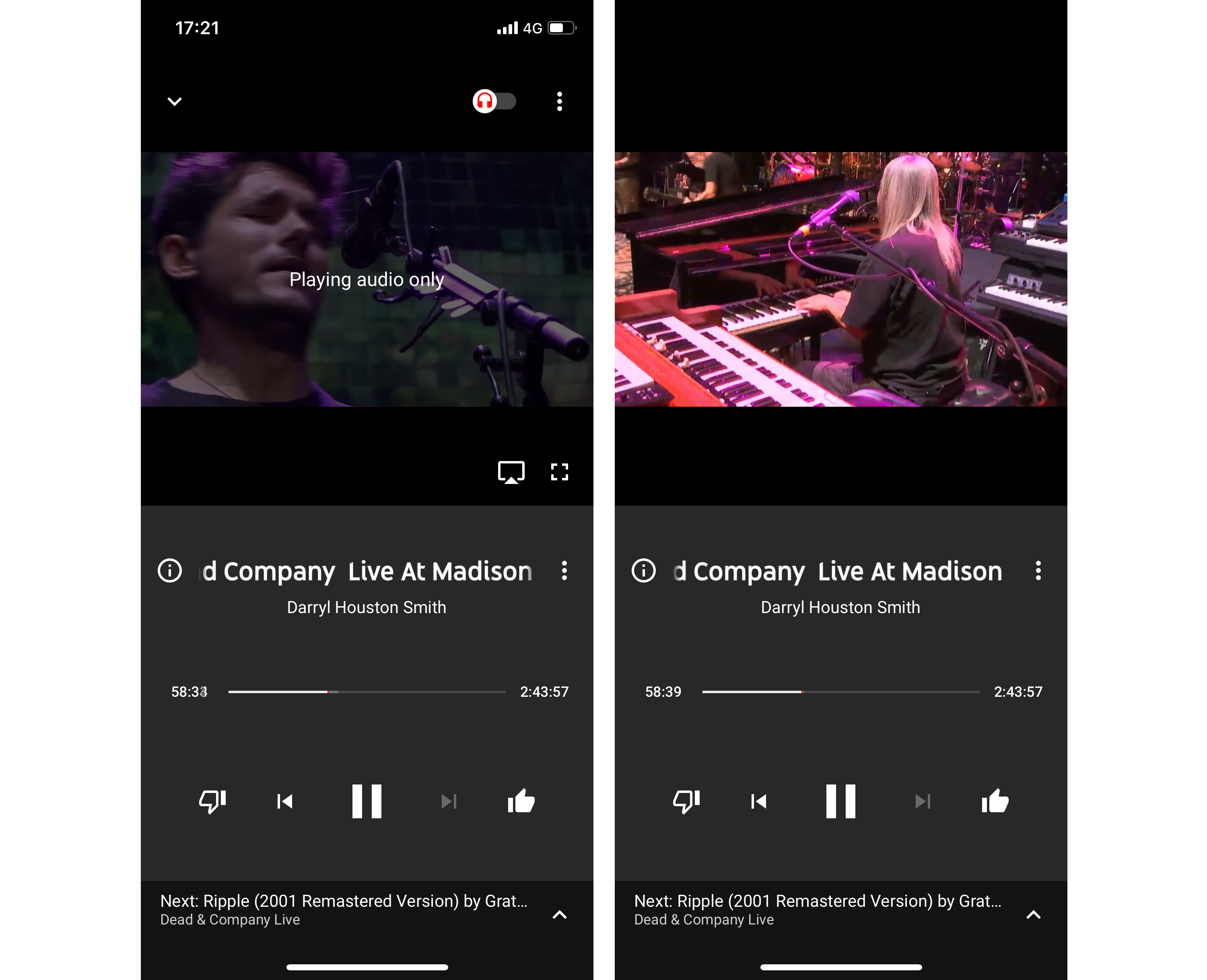 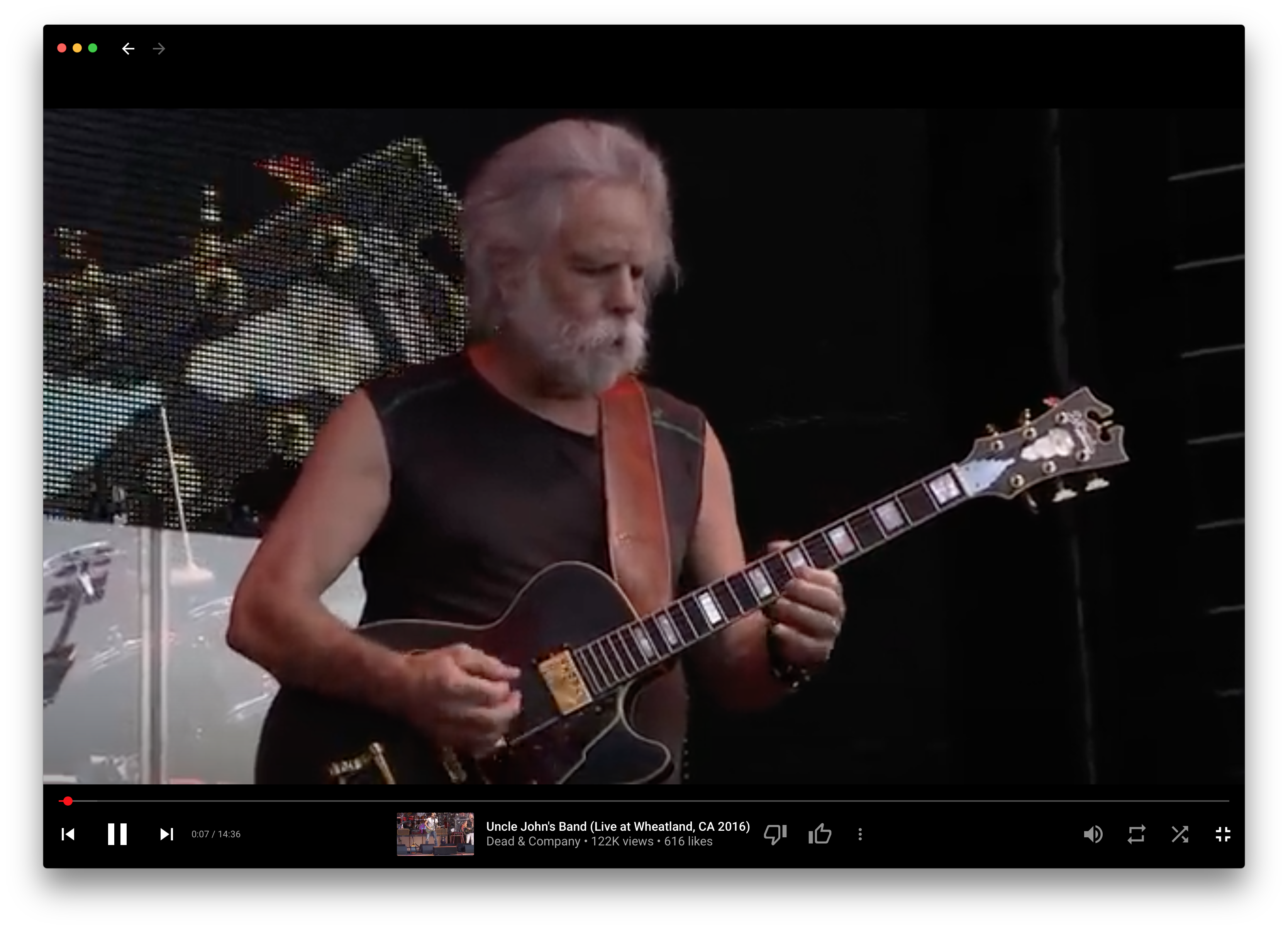 From what I can tell, all of the music tracks are also available on YouTube as videos. This means that if you want to share a track with a friend you don't have to worry if they have Spotify or Apple Music because it just opens up in a browser and they can play the track.

In places though, YouTube Music does feel like it's missing some core features that could make it great — features Spotify and Apple Music already have. Basic things like gapless playback, volume normalisation and an EQ aren't here. These are things we've had in media players since WinAmp and I'm surprised to see them omitted.

I'd also like to see things like collaborative playlists added here. We use these extensively in the office to have a large pool of tracks everyone likes to shuffle through. They're also a great way of sharing and discovering new music with friends and I hope they make their way to YouTube Music.

Unlike Spotify, there's no quality setting available and you just get what you're given. I don't think most people will care about this but having that finer control is nice and allows you to choose to sacrifce a little audio quality for lower data consumption. 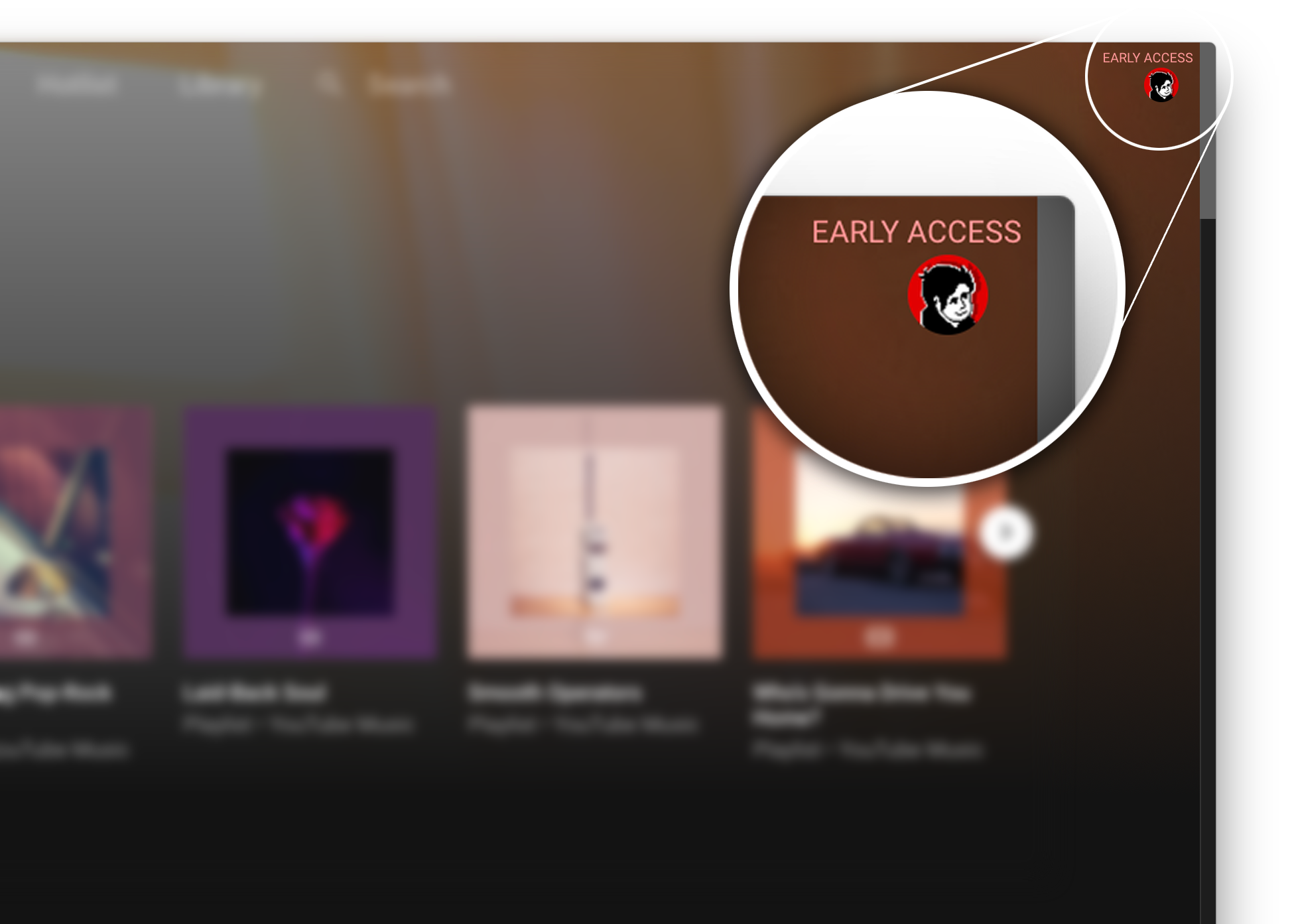 When I first signed up to YouTube Music there was a little "Early Access" label in the top right of the window. I could accept these missing features if it were actually Early Access but that label is now gone and I'm still paying full price for the service.

As mentioned, YouTube Music clearly runs on-top of the main YouTube service. For example, you can "Subscribe" to artists just like you can channels on YouTube. Because of this I have noticed a few weird quirks that I think are worth mentioning. The majority of these only now occur on the TV app which leads me to think that it may be because there's no YouTube Music app for TV currently. Some things I've noticed:

None of this is really a deal breaker and I'm sure it'll be cleared up over time, I was just surprised it wasn't totally separate. 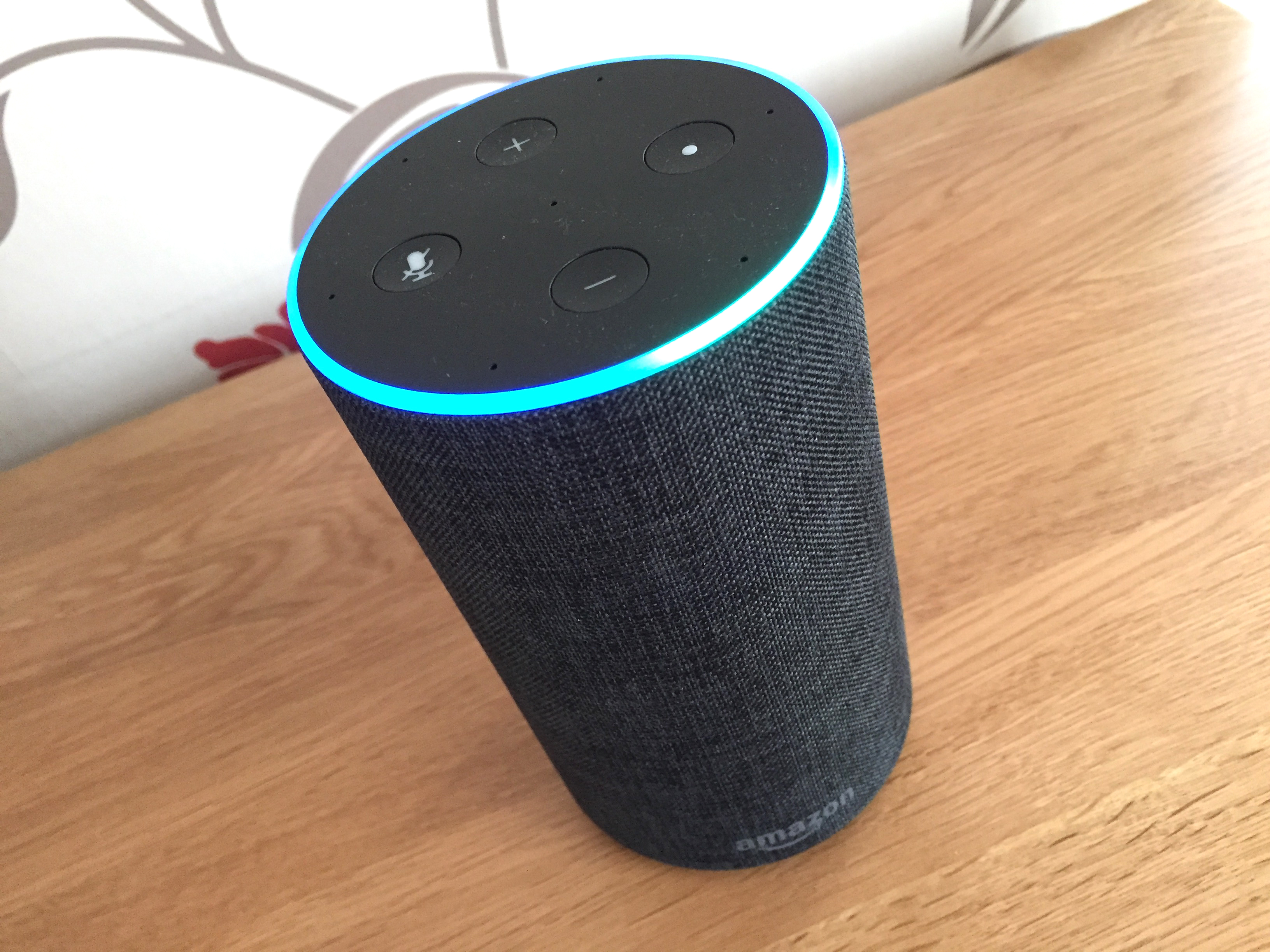 What is a deal breaker for me is YouTube Music not being available via Alexa. It unfortunately means I can't fully switch from Spotify as I like shouting at my can in the kitchen to get it to play music for me. If you're a Google Home user though, you're obviously covered here and there's apparently a nice hand-off from the mobile apps to the speaker (kind of like Spotify Connect).

It might seem that I'm being overly negative here, but I really do like YouTube Music despite all my moaning. In terms of value I think they nailed the price-point here. £11.99 a month is only £2 more than Spotify's offering but you get YouTube Originals and ad-free YouTube as a bonus. If your whole household is interested in YouTube Premium you can upgrade to a family plan for £17.99 for you and 5 others to use.

If you're looking for a new music service and ad-free YouTube appeals to you then you could do worse than YouTube Music, and with that 3 month trial you have little to lose. For me, YouTube Music will be used occasionally for those live performances and maybe a little bit of discovery. Spotify will remain my primary service for as long as Alexa isn't supported by YouTube.